Revision Rhinoplasty Before and After Pictures in Los Angeles, CA

This patient had two previous rhinoplasty operations that were unsuccessful. She was left with retracted alar (nostril) rims, and was missing much of the nasal tip cartilage, with an irregular dorsum (bridge). She underwent open revision rhinoplasty with smoothing of the bridge, reconstruction of the tip with cartilage grafts, elevation of the columella and lowering of the alar (nostril) rims with cartilage grafts placed into pockets made in the alar rims. This young woman had three previous nasal operations elsewhere. The lower lateral cartilages that make up the tip of the nose had been rotated up in an attempt to narrow the tip, however the effect is to cause the alar (nostril) rims to elevate to an unnatural position. Her bridge was smoothed off, the natural cartilages were elevated and repositioned into pockets made in the alar rims. The tip was reconstructed with cartilage grafts from the nasal septum. 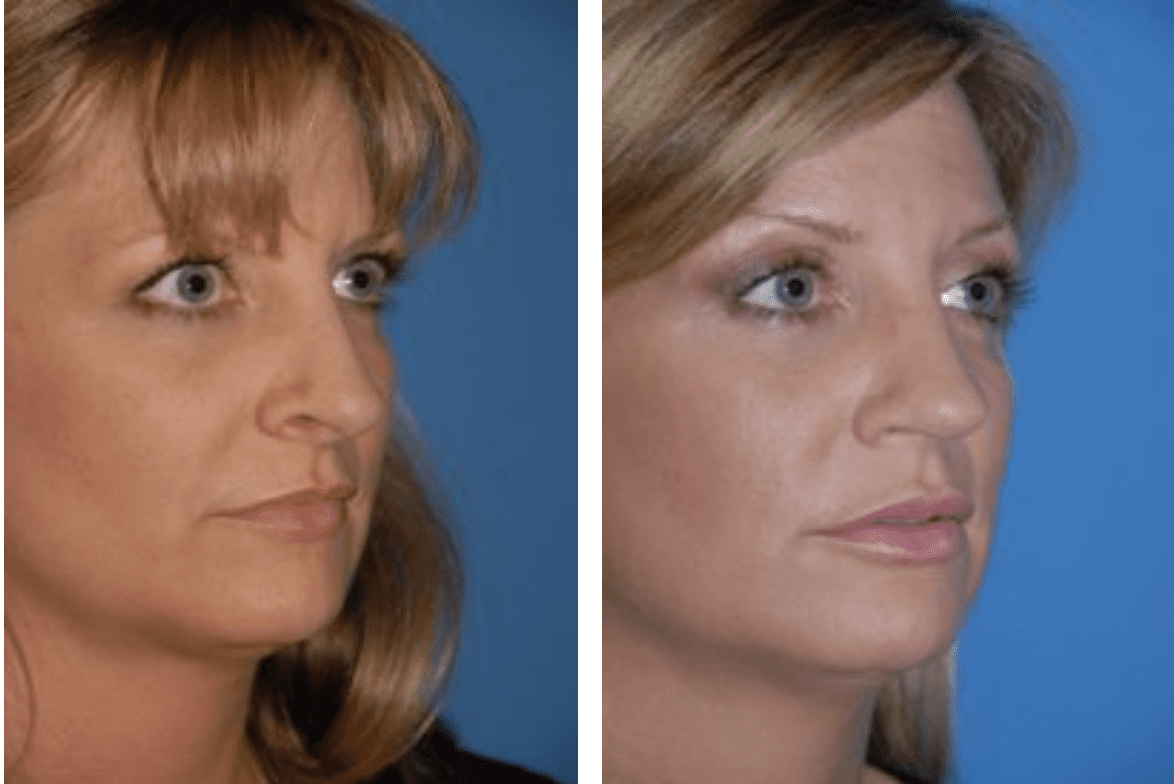 This young woman in her late 20’s had a nose originally that was overprojected with large lower lateral cartilages that make up the tip of the nose. She had one rhinoplasty in another city and then a revision by the same surgeon and was left with the result in the before photos. Her tip was still overprojected and hanging, the columella was hanging, and the bridge of the nose was irregular with multiple small cartilage grafts in place. At surgery, the small grafts along the bridge were removed, and a dorsal nasal implant was placed. The tip was reconstructed, elevated and the columella was elevated. The after photos are at one year postop. 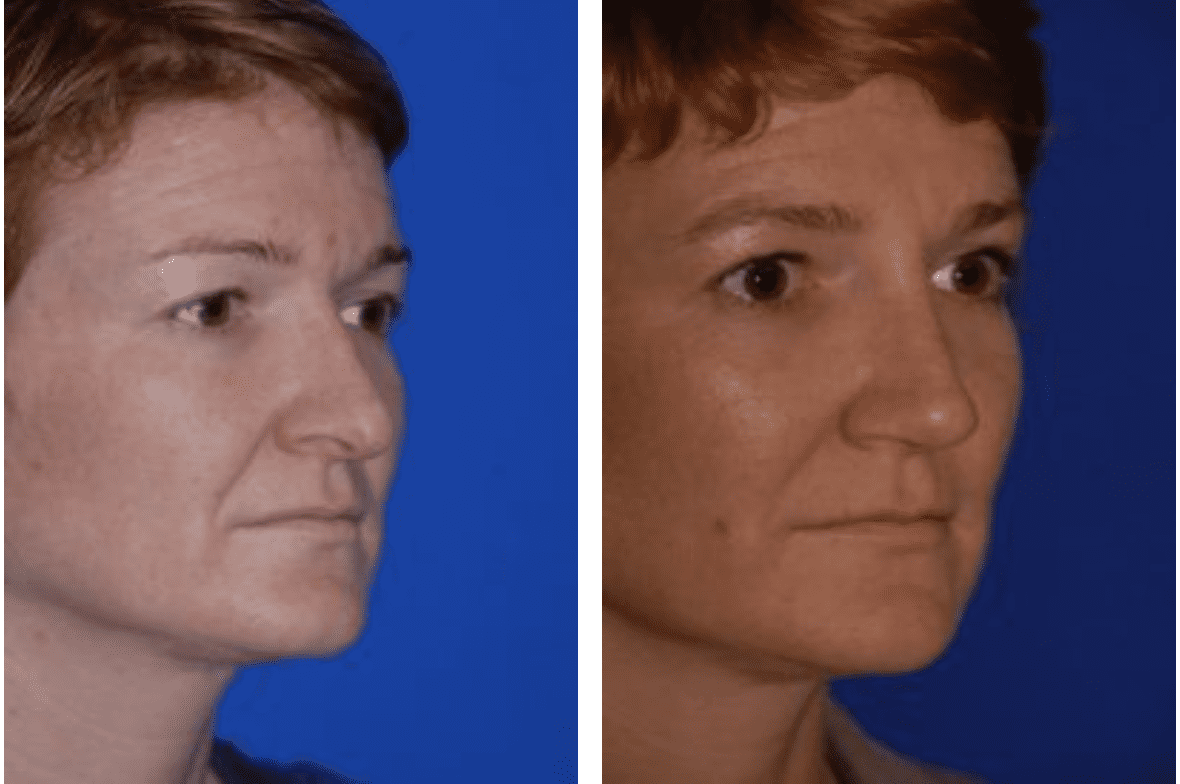